Warning: Invalid argument supplied for foreach() in /home/customer/www/unc.vpmdevtech.com/public_html/wp-includes/class-wp-theme-json.php on line 2852
 NC is rapidly growing. Where are our new residents moving from? - UNC System
Skip to main content

NC is rapidly growing. Where are our new residents moving from? 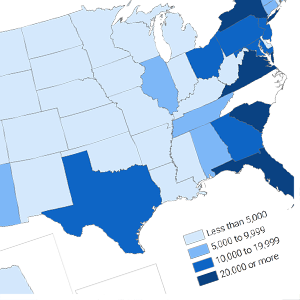 North Carolina’s population has grown by 848,000 new residents, or 8.9%, since the 2010 Census, rising to 10.4 million residents as of 2018. The state’s annual growth slowed during the Great Recession of 2008 and subsequent recovery period but began to accelerate mid-decade. Since 2015, North Carolina has averaged more than 110,000 new residents each year. Most of this growth is from net migration, meaning more people are moving to our state than those who move away.